On ANZAC Day, 25th April each year, we remember the brave men and women who have served our country in times of war.

People who have defended our country get special medals. These medals are proudly worn on ANZAC Day when we especially remember all the people who have died or suffered in wars so that we might live freely. 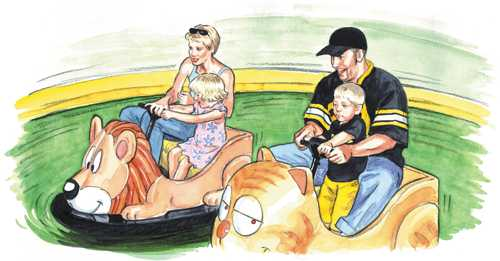 In some countries people are not allowed to do these things. 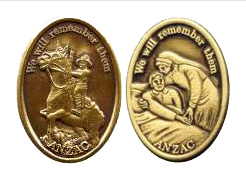 On ANZAC Day we show our thanks to the people who have fought for our country. It is such a special day it has been made a holiday so families can go to the march in their towns. We can wear ANZAC badges and wave Australian flags to show how proud we are.

The Ode is part of a special poem that is said during the ANZAC Day service. Here are the words:

The Ode is part of a special poem that is said during the ANZAC Day service. Here are the words:

They shall grow not old, as we that are left grow old;
Age shall not weary them, nor the years condemn.
At the going down of the sun and in the morning
We will remember them.

The Last Post is sounded on a bugle on ANZAC Day to remind us of the many soldiers killed or hurt during wars.

On ANZAC Day flowers and wreaths of red poppies are laid at the bottom of war memorials as a way of saying we have remembered these brave people. A war memorial is a place that honours all those who have died in wars.

On other special days in the year, like Remembrance Day, at 11am on the 11th day of the 11th month (November) we also remember those people who have fought for our country. On Remembrance Day, Australia, and many other countries, celebrate the end of World War 1. Those countries that were at war signed an important piece of paper on that day to say that they would no longer fight.

We should never forget these brave Australians.

Isn’t it great to be an Aussie?