A long time ago there was a war. A war is like a big fight between countries who disagree over some things.

Most of the countries in the world joined in the fighting and this was called the First World War. This war lasted four years. There was a second World War which lasted for six years. Since then there have been other small wars and battles like in Vietnam. 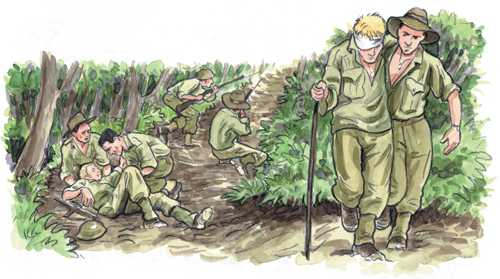 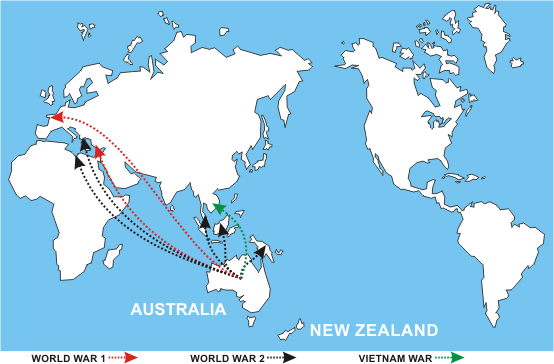 The dotted lines show where Australians travelled to in some of the conflicts of the 20th century.

To be at war is not a good thing because people can get hurt or killed and lose their possessions (eg, home, car, toys, dogs, cats or even their family members) and this makes people very sad.

Very brave people are called heroes. Simpson and his donkey are famous heroes from the First World War. Simpson put wounded soldiers on the donkey’s back and helped them to the first aid tent.