As in World War 1, the Commonwealth Government imposed a large number of new controls over people's lives. They did this through the authority of the National Security Act of 1939. This Act did two major things: 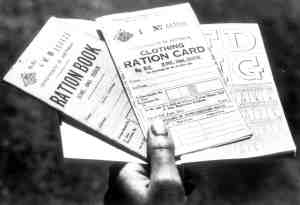 The Government used its powers to make a huge number of laws and regulations affecting all areas of people's lives. Among these were:

More about the book HOME FRONTS AT WAR