The war led to great changes in political life.

In 1914 the Liberals were in power, but were defeated at the general election that was under way at the outbreak of the war. The Australian Labor Party became the Government, with Andrew Fisher, and then from 1915 William Morris Hughes as the Prime Minister.

Hughes, a Welsh immigrant as well as a Labor member, enthusiastically supported Australian involvement in the war, and saw himself as responsible for making sure that Australia fulfilled its role as part of the Empire. 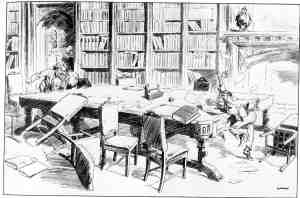 By 1916 he was convinced that the great losses being suffered on the Western Front could not be met by voluntary recruiting, and that those men who were not ‘doing their duty’ needed to be conscripted into the fight. This caused great division within the Labor Party.

After the defeat of the first Conscription Referendum, Hughes and a number of others left the Labor party, and joined with the Liberals to form a new Nationalist party, determined to do everything possible to win the war. This new Nationalist party became the government for the rest of the war.

Hughes’ pro-war enthusiasm led him into conflict with one of his strongest critics - the Queensland Australian Labor Party Premier, T. J. Ryan. Ryan did all he could to defeat conscription - and in doing so clashed with Hughes. In one famous incident at Warwick Station, Hughes was hit by an egg thrown by an anti-conscription protester. Hughes felt, probably correctly, that Ryan did nothing to stop the incident or to track down the protester, so Hughes created the Federal Police to pursue Commonwealth matters! In another incident, Hughes had banned certain anti-conscription material, but Ryan had the material reproduced in Queensland’s Hansard, the record of parliamentary proceedings, and exempt from normal censorship.